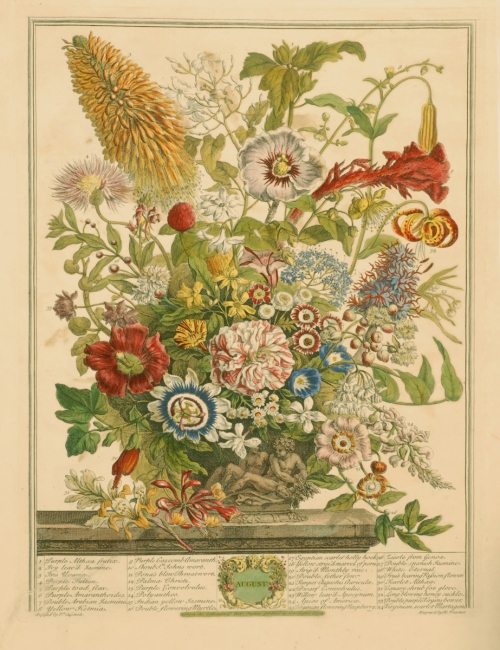 As a follow-up to our last post, which featured images from 19th-century seed catalogs, let us look even further back.  How did people buy seeds and plants in the 18th century?

In the late 17th century, seed catalogs were often published as broadsides.  Starting in the 1720s, they might instead be published as short books.  Robert Furber’s were among the first of these books.  His Short Introduction to Gardening (1733) brought together many of his earlier catalogs.  Furber also introduced the use of luxurious illustrations to promote plants for sale, most notably with 1730’s Twelve Months of Flowers and 1732’s Twelve Months of Fruit; the lavish prints from these volumes were also available for sale.

Like other catalogs in this period, Furber’s listed no prices.  In fact, well into the 1830s, catalogs would be issued without price so that they would remain valid for several years; a separate list of prices would be circulated each year.